Charley’s Philly Steaks and Wings Opening at The Strip 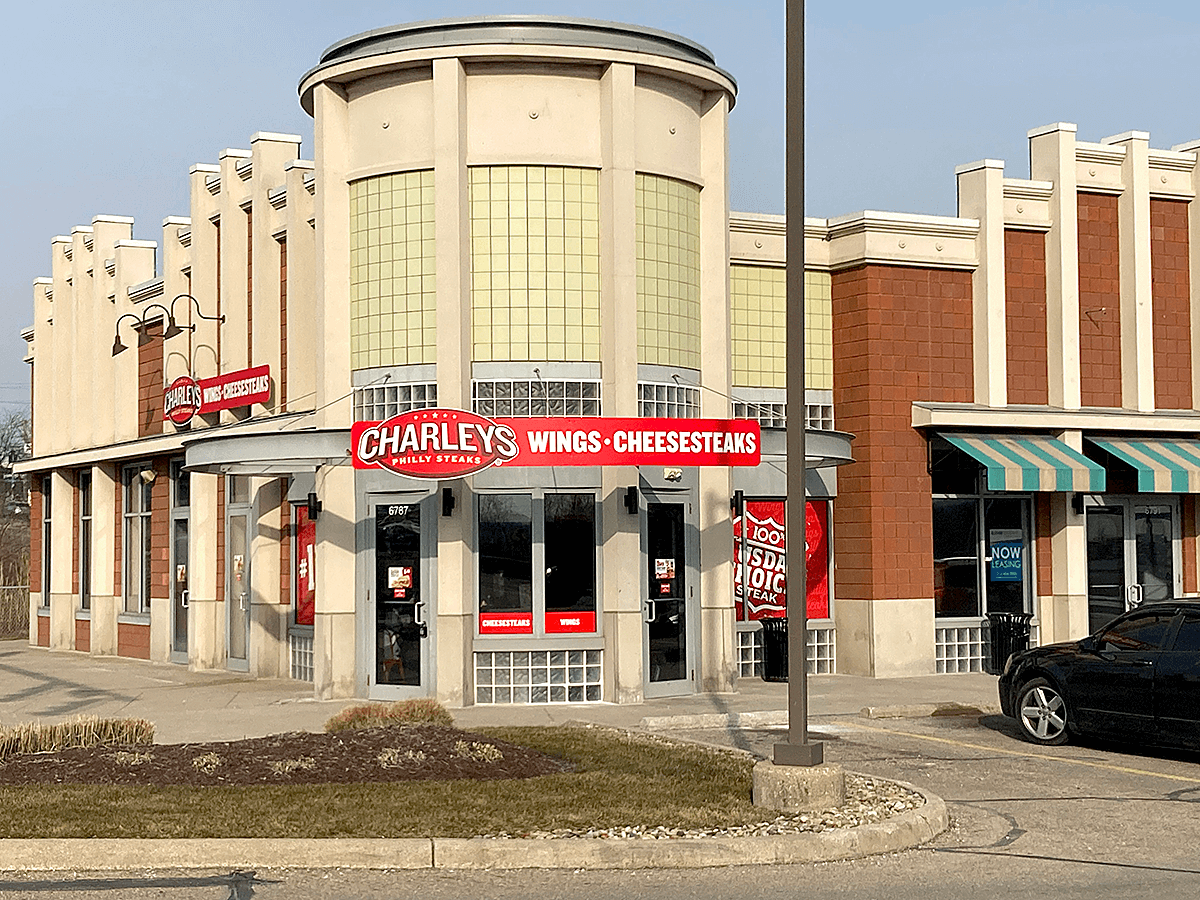 The #1 Cheesesteak brand in the world, Charley’s Philly Steaks and Wings, opens Wednesday, March 10, at The Strip in North Canton. To commemorate the exciting addition, The Strip and Charleys will host a ribbon cutting ceremony prior to doors opening to the public at 9:45am. Following the ceremony, special menu items, BOGO deals, coupons, and swag will be offered to celebrate the grand opening.

For more than 30 years, Charleys Philly Steaks and Wings has been serving up its famous grilled-to-order Cheesesteaks, made with 100% USDA Choice Steak or 100% All-White Meat Chicken and fresh toppings, bone-in and boneless wings with sauces from mild to spicy like mango habanero, along with loaded Gourmet Fries, and Real Fruit Lemonades. Their first restaurant opened in 1986 on the campus of The Ohio State University in Columbus, Ohio, where their headquarters remain today.

Beginning tomorrow, Charley’s will be offering buy one, get one free philly steak combo meals to all visitors through Sunday, March 14 and instant redeemable $5 off coupons to new Charleys Rewards app users. Also throughout the grand opening, Charley’s will be giving away exclusive swag including water bottles, tote bags and more.

“We are thrilled to have Charley’s Philly Steaks and Wings open to the North Canton community,” said Lidia Saluan Richani, Senior Vice President of Leasing for Stark Enterprises. “Their longstanding brand and exceptional customer service along with award winning food make this partnership at The Strip a true win-win-win!”

Charleys Philly Steaks and Wings opens tomorrow, March 10 at 10am at 6787 Strip Ave, NW, and hours of operation will follow 10am-10pm daily. The restaurant is available for online and app ordering, delivery, and in-store dining. Stay tuned on all other openings and happenings at The Strip by following @TheStripNorthCanton on Facebook & @atthestrip on Instagram and Twitter.

More about Charleys
In 1986, Charleys redefined the Cheesesteak. Today, over 600 locations in 47 states and 16 countries serve up the #1 Cheesesteak In The World® made with fresh, quality ingredients, always grilled-to-order. Also known for its loaded Gourmet Fries and refreshing Real Fruit Lemonades, the restaurant franchise is quickly expanding to serve the world’s favorite Cheesesteaks across the globe. For more information on Charleys Philly Steaks, visit www.charleys.com or follow us on Facebook and Instagram at @charleysphillysteaks and Twitter at @charleys.

More about The Strip
Conveniently located off I-77, The Strip is the largest retail center in the greater Cleveland area consisting of over 130 acres and 800,000 SF of shopping, dining, movies, and more! Businesses include Lowe’s, Marshalls and newly opened Bob’s Discount Furniture, Panera Bread, Carrabba’s Italian Grill, Starbucks, and Cinemark. For more information and to view a full directory of The Strip, visit thestripnorthcanton.com. The Strip is apart of Stark Enterprises and their robust portfolio of commercial properties.