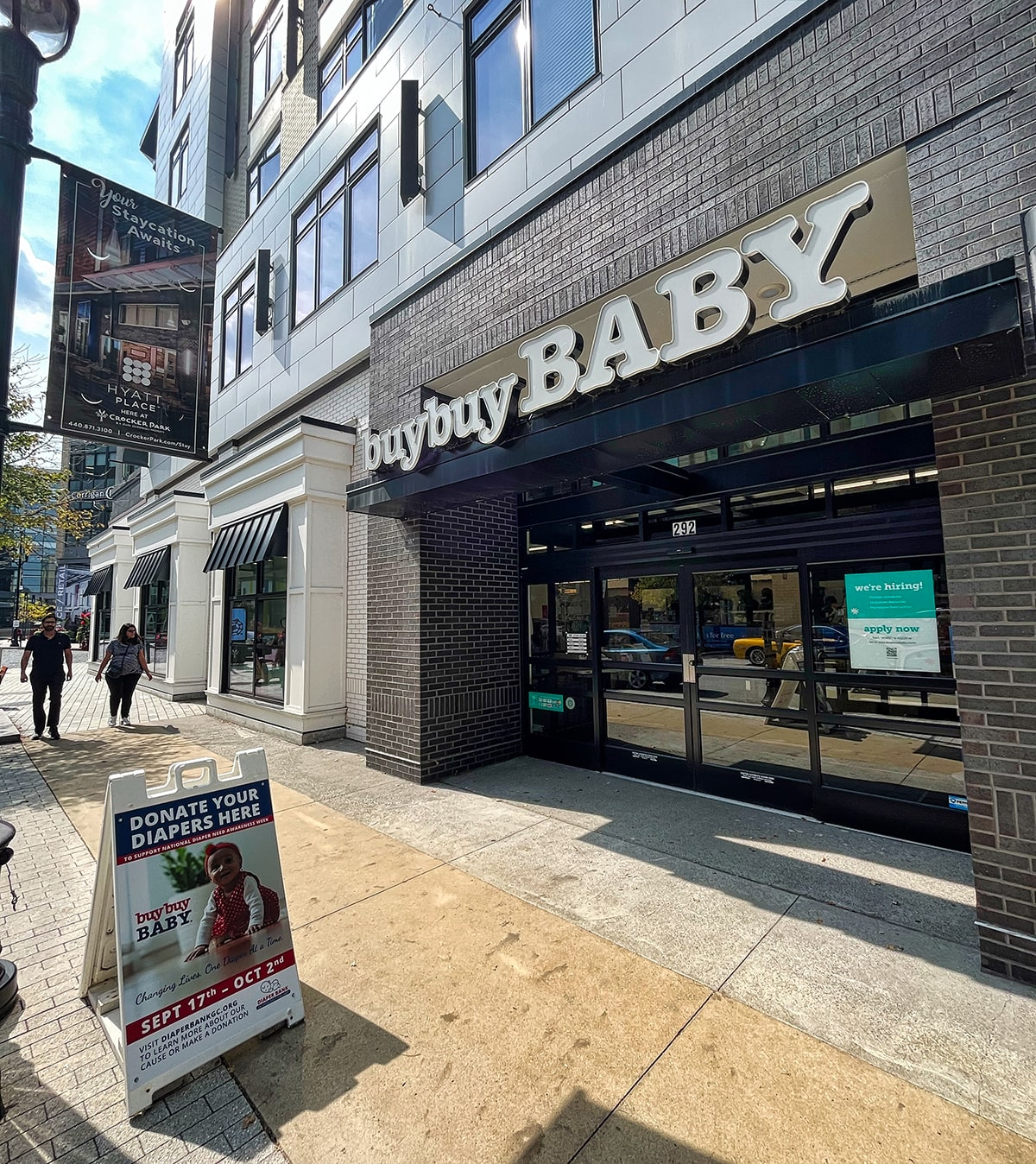 Crocker Park and buybuyBABY will be supporting The Diaper Bank of Greater Cleveland and “National Diaper Need Awareness Week” during September 24, – October 2, 2022, with a diaper drive at the Crocker Park location starting a week earlier, running Sept 17-Oct 2. The Diaper Bank of Greater Cleveland is a 501-C3 non-profit organization that works with local social service agencies to provide free diapers and support service to families in need.

The Diaper Bank of Greater Cleveland is the only diaper bank in Cuyahoga County and distributes more than 12,000 diapers per month. According to The National Diaper Bank Network, “1 in 3 families in the United States is experiencing diaper need. Babies, without clean diapers, are exposed to more potential health risks and are less likely to be accepted to daycares, leaving parents unable to attend work.”

“At Crocker Park, we put a major focus on community and diaper need is something that affects the entire community,” says Stacie Schmidt, VP of Marketing at Stark Enterprises. “We are very happy to support our tenant, buybuyBABY, in this initiative to help raise awareness as well as collect diapers for those that are in need.”