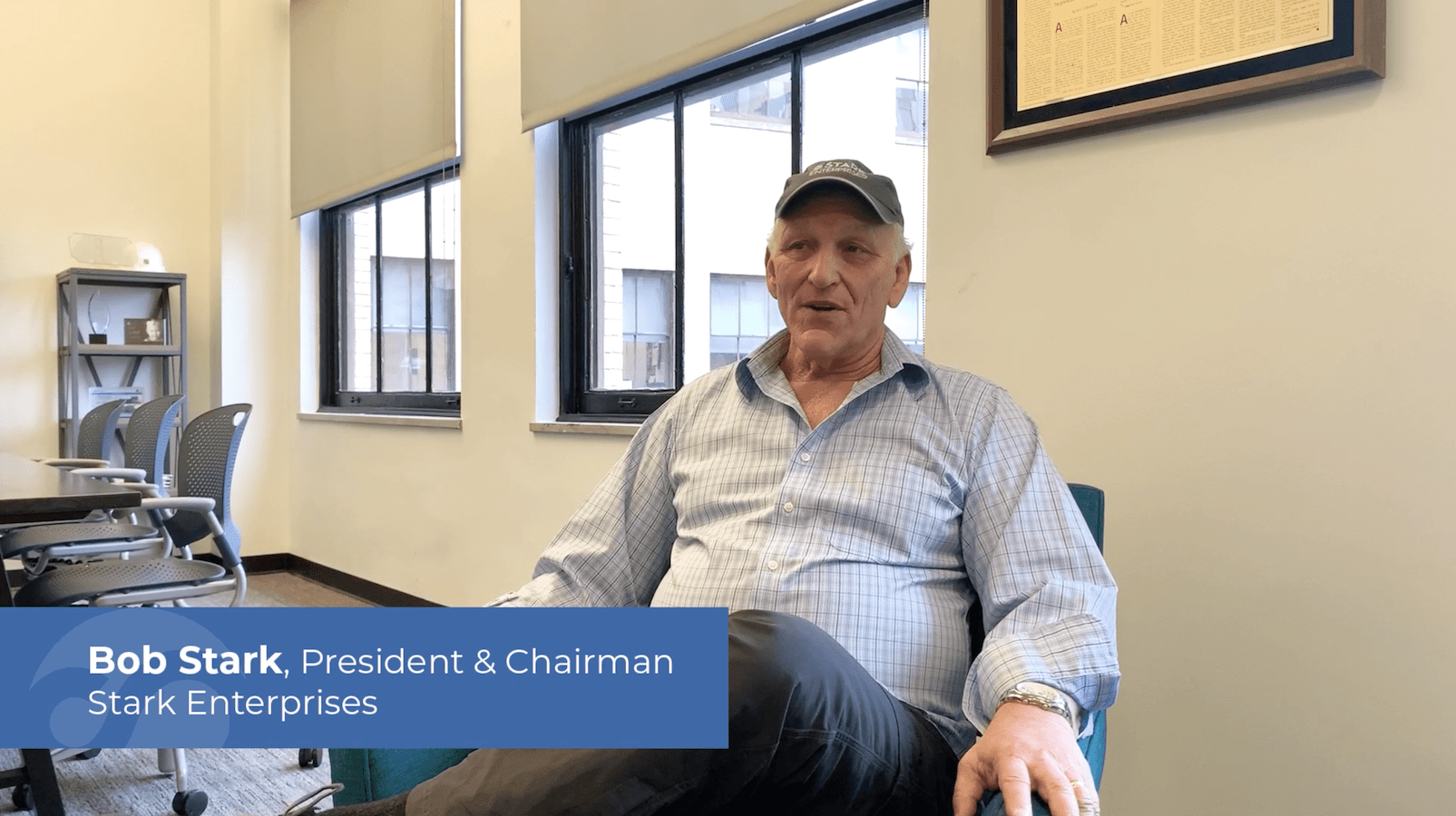 After 43 years at the helm of Stark Enterprises, Founder & CEO Bob Stark is handing over the reins to his son, Ezra Stark. Bob will continue to lend his incredible vision and decades of experience as President & Chairman going forward. Ezra is taking over as Chief Executive Officer, assuming the role of the principal decision-maker for the company and leading the direction of all future endeavors. Current Chief Investment Officer, Brian Midlik, is assuming the role as Chief Operating Officer, overseeing day-to-day operations and strategic planning initiatives.

“I’ve had a pretty good run,” Bob joked. “As much as I’d love to continue on as CEO, I’m more than content with the culture and legacy that I have built here. Both Ezra and Brian have shown incredible aptitude as leaders in their time here, and they have an amazing support system from top to bottom with the team at Stark Enterprises. The company is in very good hands and I’m confident they’ll continue to do great things together … but I won’t be too far if they need me.”

Bob Stark’s father, Fred Stark, made a name for himself in real estate as one of the first developers of the modern strip center and is the source of Bob’s passion for the trade. After Fred’s passing, Bob began pursuing a career in real estate development, starting Stark Enterprises in 1978 while attending law school at Case Western Reserve University. From there, he grew the company from one small piece of land in Mayfield Heights to one of the most reputable real-estate development companies, spanning over 8 states. Under Bob’s leadership, Stark Enterprises has developed over 45 commercial and residential properties and employs over 150 individuals.

Bob is renowned for championing the concepts of mixed-use and vertical integration in his projects. His mission of creating great experiences has been at the core of all his developments as illustrated by his desire not only to blend a unique mixture of shops, restaurants, and entertainment together, but also to assemble an experienced management team to ensure all aspects of the real estate portfolio are expertly executed in-house. Some of his most notable developments include the nationally recognized, award-winning shopping and lifestyle centers, Crocker Park and Eton Chagrin Boulevard, as well as The Beacon, a 29-story residential high-rise building in Downtown Cleveland.

“Similar to myself, my oldest son, Ezra, was raised on this business and what it means and what it represents,” said Bob, in a video sit-down about the leadership transition. “He knows that if you want to find the best opportunities to do the kind of things that we do in the best places possible, we have to expand. It’s the next generation of Stark Enterprises, which I’m happy to say is in the hands of someone who is smarter, and faster, and more capable than I am.”

After graduating from Brandeis University and New York University with a Master’s in Real Estate Development, Ezra’s career at Stark Enterprises began in 2006 where he held several leadership roles in Leasing, Development, and Asset Management before being promoted to Chief Operating Officer. Since then, Ezra has since grown the company’s footprint to eight million square feet of Class A properties with a current value of over $2 billion. Under his leadership, the portfolio has expanded significantly to include a broad range of asset classes and expansion in multiple states.

Brian Midlik started his career at Stark Enterprises directly out of school in 2007, earning both a Bachelor’s in Finance and MBA from Cleveland State University. Brian quickly became an integral part of the company’s decision-making process, particularly with regards to investment and financial strategy. After serving as Vice President of the Finance Department, Brian was promoted to Chief Investment Officer where his experience on the financial side of the business and strategic leadership capabilities have been invaluable in selecting new investments, implementing new initiatives, managing current assets and investments, and assisting with investor relations. Brian was recently honored as one of Crain’s Cleveland Business’ Notables in Finance 2022 for his outstanding work in the field as well as in the local community.

“I’d like to express direct gratitude to my father,” said Ezra, “for being my mentor, for being my teacher, for being one of my best friends, and entrusting me to lead the company and expand upon his company and his legacy. I’m grateful for the opportunity and am hopeful to make him proud, make everyone I work with proud, and I look forward to continuing to achieve great things together.”